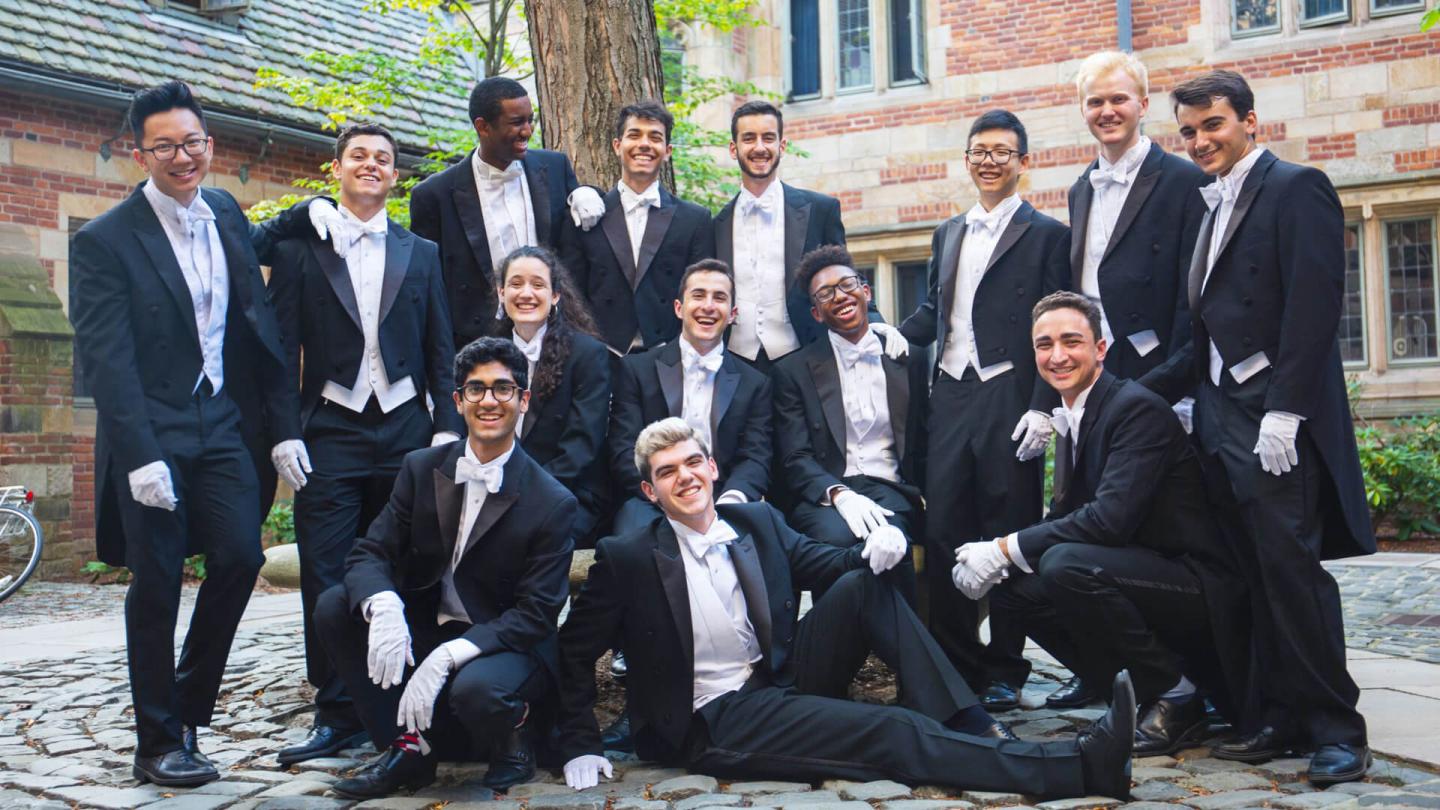 Join us for a festive kick off to Wassail Weekend with an exclusive live concert by the Whiffenpoofs, the internationally acclaimed a cappella singers from Yale University.

About the Whiffenpoofs
Established at Yale University in 1909, it is the oldest such group in the United States. The line-up changes each year, and former members include Cole Porter. Since their founding in 1909, the Whiffenpoofs have performed in all corners of the globe – they’ve just returned from performances in Peru, Morocco, China, Greece, New Zealand, and a smattering of other international and domestic venues. In fact, we are privileged to be able to bring our diverse repertoire of vocal jazz, folk, pop, and Broadway hits to more than two hundred audiences each year. The Whiffs of years past have sung for Presidents Obama, Bush (41 and 43), Clinton, and Reagan, and at venues including Carnegie Hall, Broadway’s Lincoln Center, and the Kennedy Center. In recent years, they’ve been featured on television shows such as “The Sing Off,” “The West Wing,” and “Glee.” 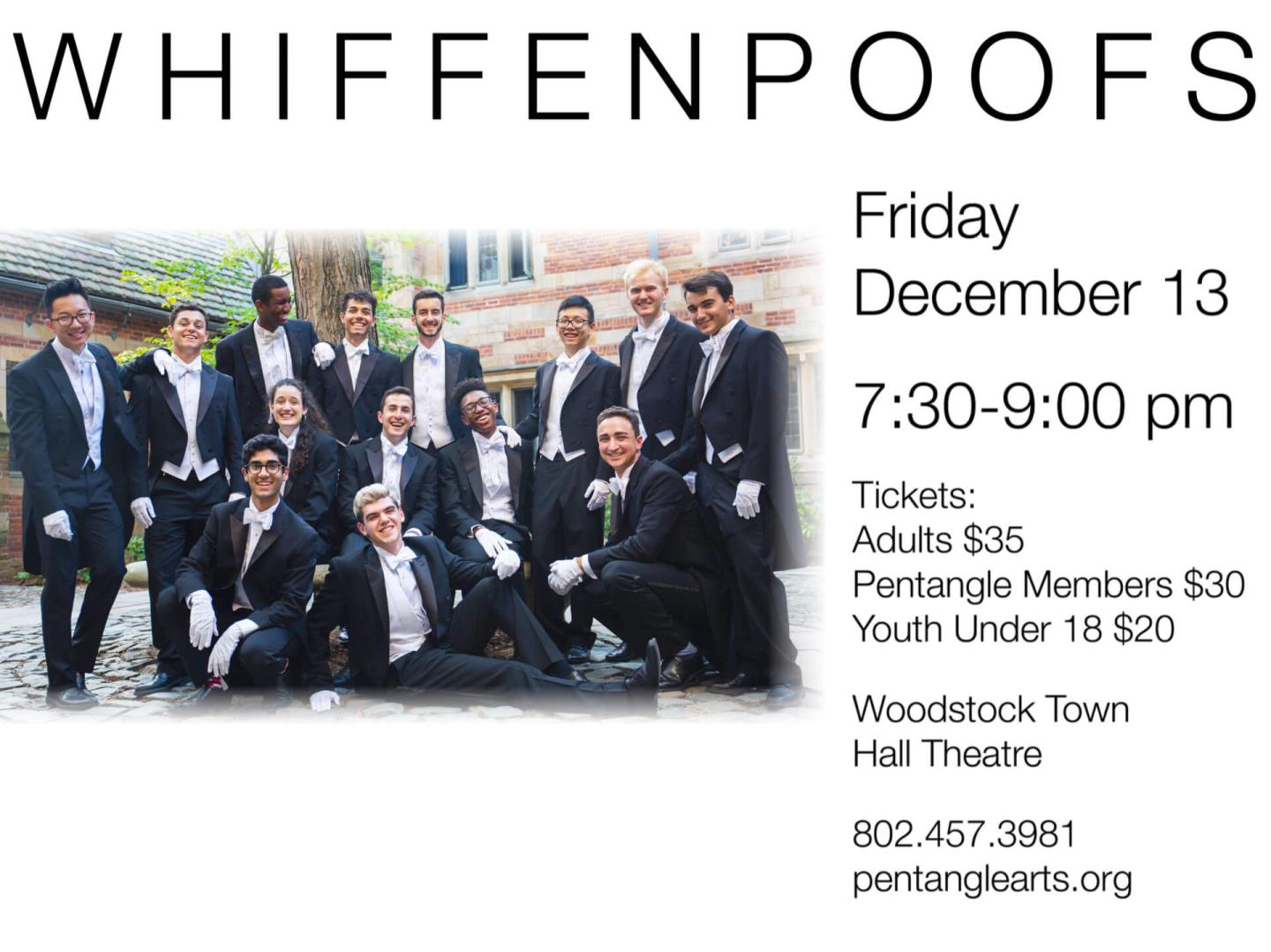