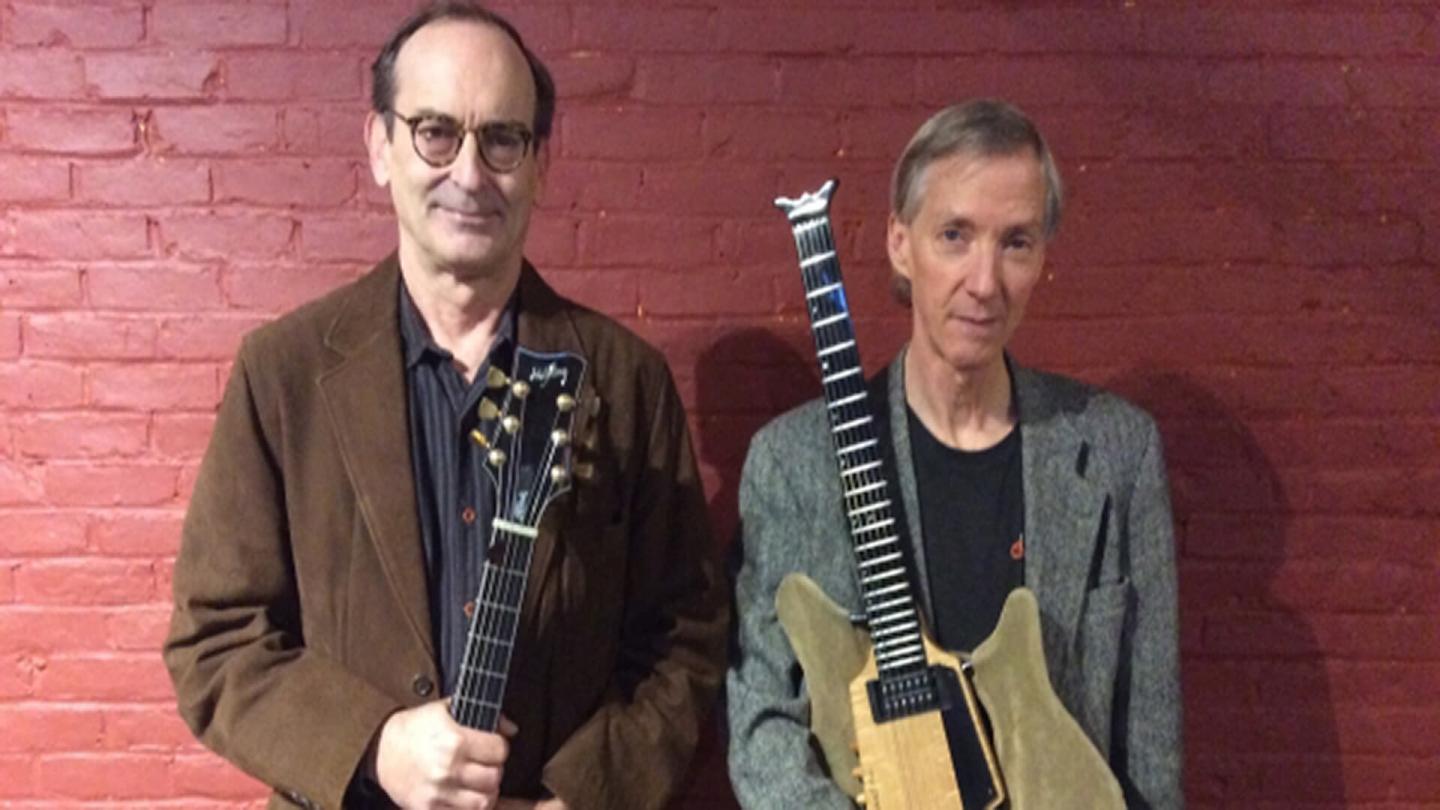 Draa Hobbs & John Stowell offer fresh interpretations of jazz standards and classic compositions by Duke Ellington, Billy Strayhorn, Dave Brubeck, and others. In addition to their two-guitar improvisations on familiar songs, a unique feature or their shows is the presentation of obscure but beautiful Brazilian works by Antonio Carlos Jobim. Jobim wrote over 400 compositions; but Americans have listened to the same half dozen repeatedly.

John Stowell is a world class guitarist with more than a dozen recordings under his own name. He travels the world over performing and conducting clinics in universities and conservatories. The Los Angeles Times says “Guitarist John Stowell’s style with standards is a delightful departure from the road well traveled. He transcends the label of jazz guitarist.”

Guitarist Draa Hobbs is well known throughout Southern New England for his performing and teaching. Over the years he has performed in clubs and concerts with the top players in the region as well as numerous internationally known musicians. He teaches at the Vermont Jazz Center, the Putney School, and Plymouth State University.