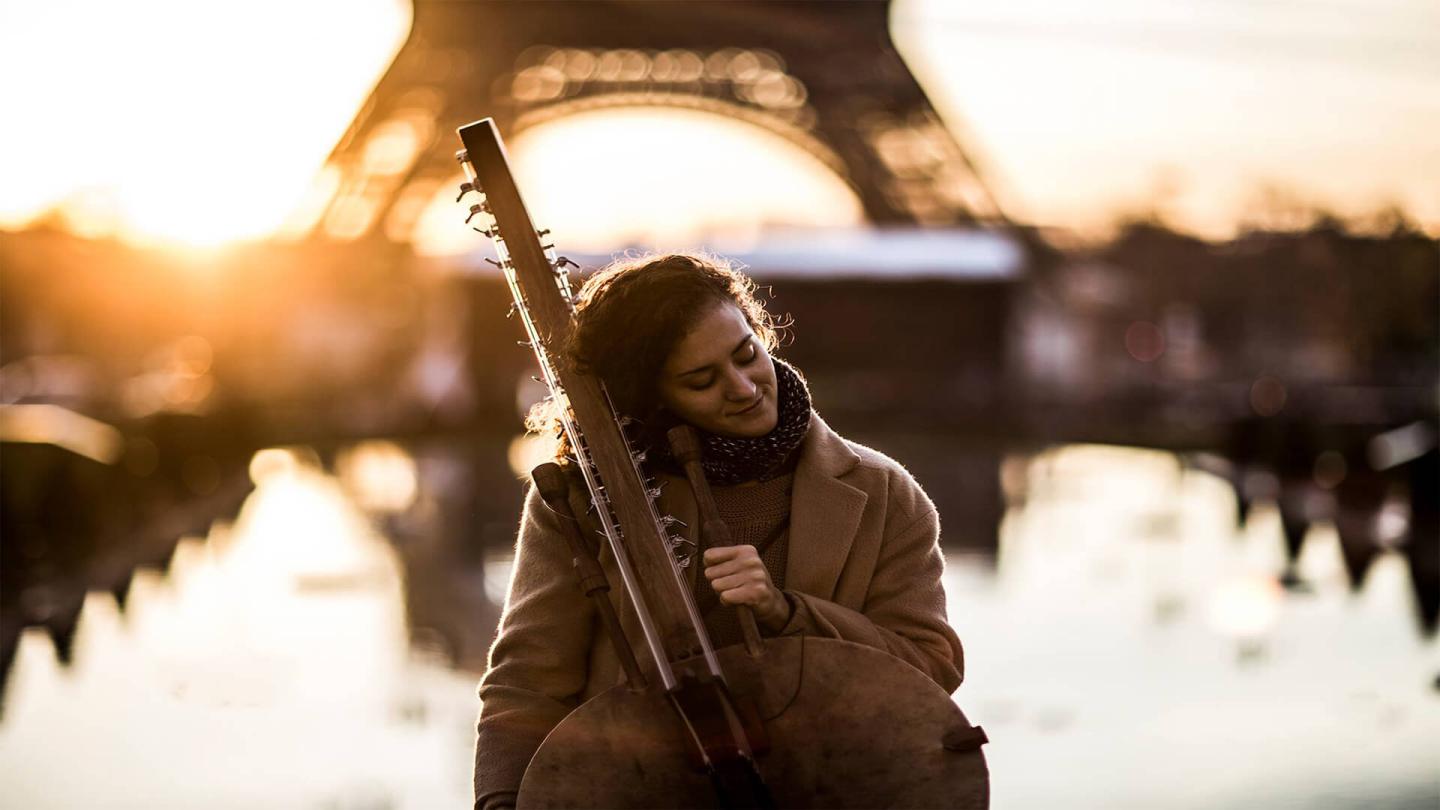 Althea SullyCole is a multi-instrumentalist, vocalist, and ethnomusicologist from New York City.

Althea received her B.A. in Ethnomusicology at Barnard College, Columbia University in 2012 and her M.A. with Distinction in Music in Developmen t at the School of Oriental and African Studies, University of London in 2016.

As a musician, Althea has worked with Billy Harper, Billy Bang, Ras Moshe, Fred Ho, Sahad Sarr, Daara J Family, Faada Freddy, Royal Messenger and father Bill Cole (in his Untempered Ensemble), among others. in 2010, she was a weekly vocalist at the legendary St. Nick’s Pub. She has also worked as an accompanist for flamenco dance companies and studios on guitar. Althea has studied kora under korists Yacouba Sissoko and Edou Manga and was a resident artist at Bois Sakre studios in Senegal from 2013-15. In 2015, Althea formed the duo 42 Strings alongside traditional Chinese zheng player, Muqi Li, with whom she performed at Royal Albert Hall and on BBC 3 Radio.

As an ethnomusicologist, Althea worked as an FCC licensed jazz programmer at WKCR; interned in the Public Programming department at Lincoln Center for the Performing Arts; worked as an archivist Association for Cultural Equity (home of the Alan Lomax Archives); hosts The Earfull, an audio podcast that explores the lives of musicians through music (Listen on iTunes); performed research for the Musee de Thies; worked as a music specialist at the International School of Dakar; and was most recently the Music Programs Editor at SOAS Radio.