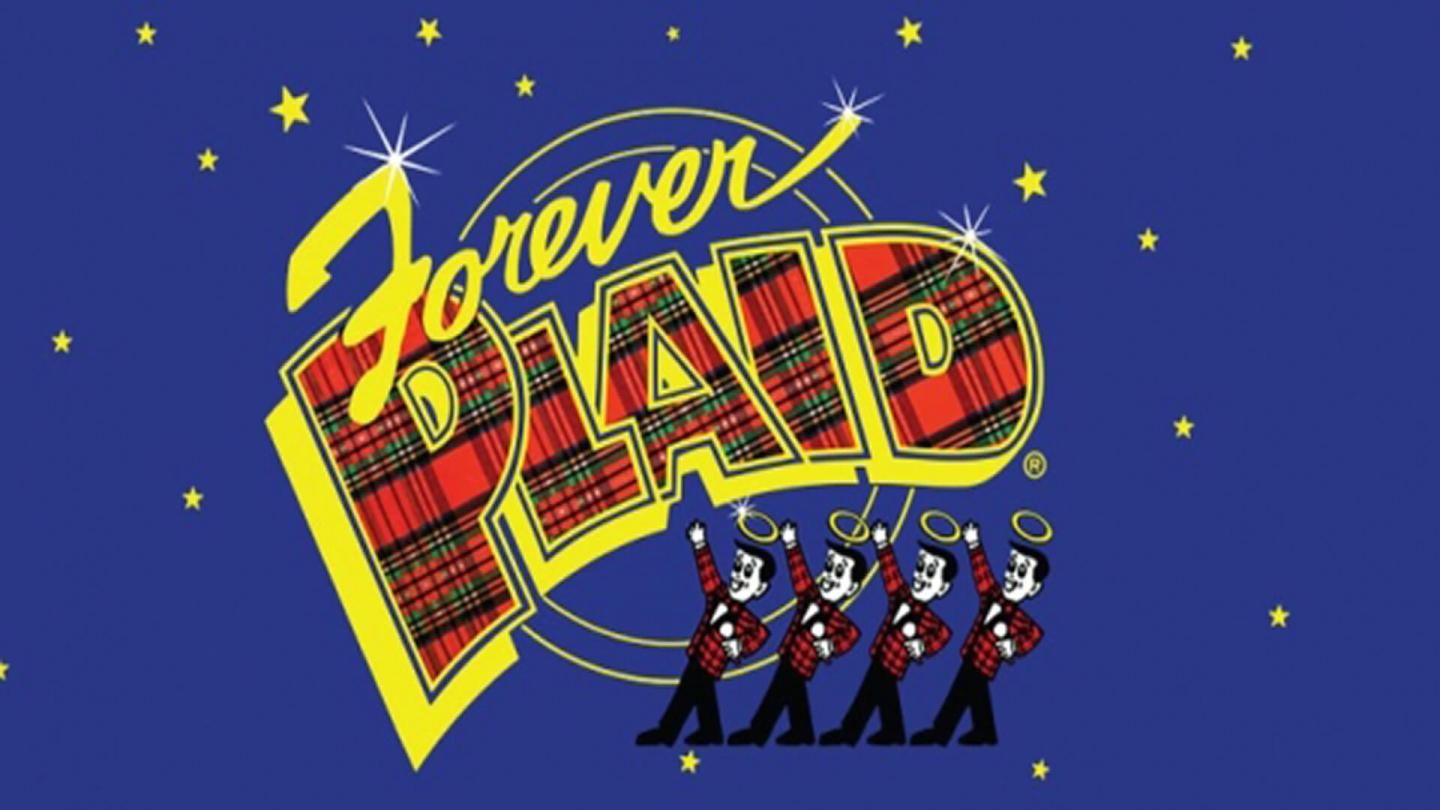 Forever Plaid is a stroll down memory lane with the beautiful harmonies of the 1950s and 60s. Featuring pop classics and clever patter that will have you rolling in the aisles — when you’re not humming along with the great hits of that era.

The endearing story is as follows: “On a stormy night in the 1960s, four eager singers known as ‘The Plaids’ — Sparky, Jinx, Frankie, and Smudge — are killed in a car crash on the way to their first big gig. In 2019, they get one chance to return from the afterlife and bop-shoo-bop their way through classic hits like ‘Love is a Many Splendored Thing,’ ‘Three Coins in the Fountain,’ ‘Sixteen Tons,’ and many more. You’ll delight in their zany, boyish squabbles and charmingly outlandish choreography as they pay an affectionate homage to the close-harmony male singing groups of the 1950s, and fulfill their dreams by performing the show that never was.