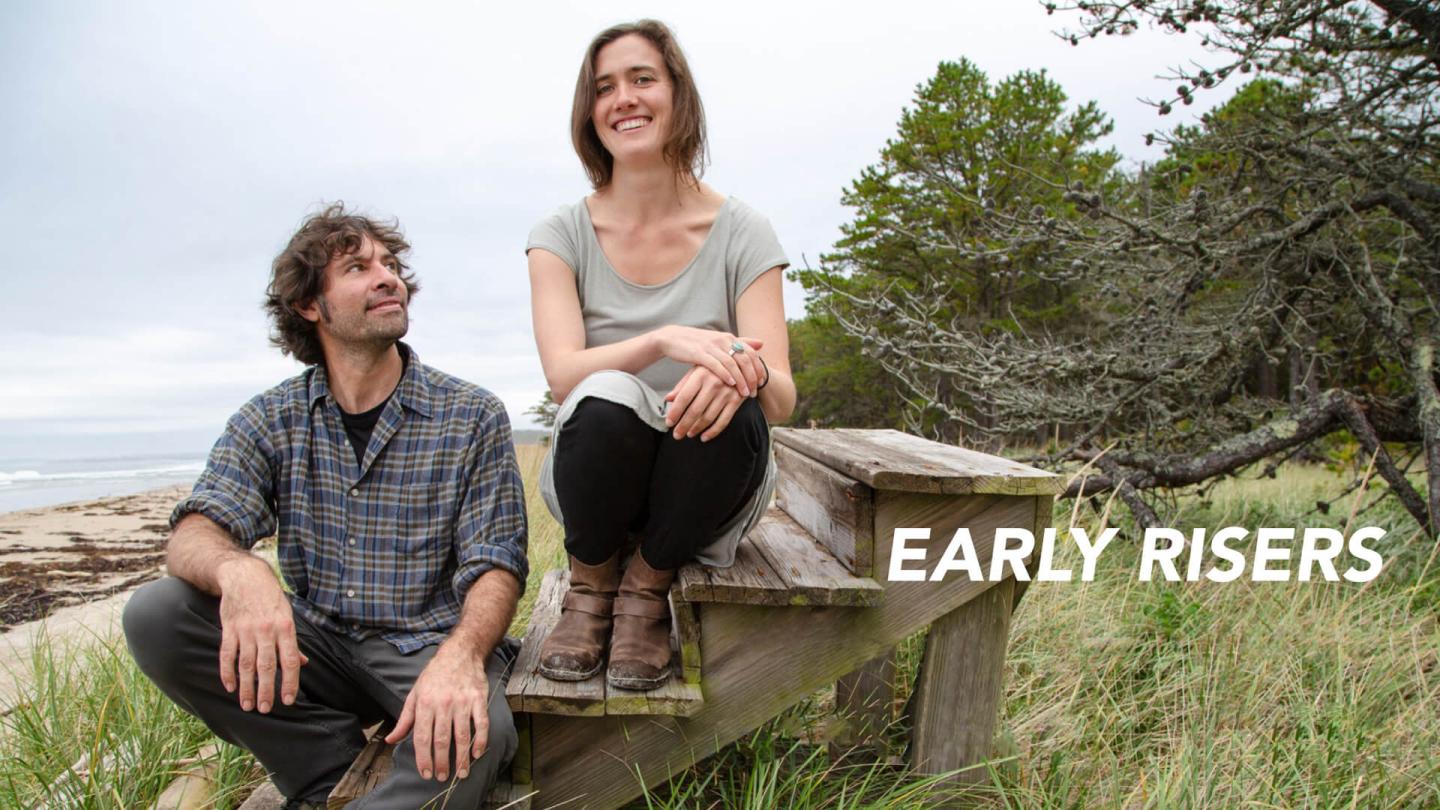 Acoustic Folk
We started as separate songwriters, drawn to each other’s music. We’d occasionally back each other up with vocal harmonies or some guitar or banjo accompaniment. Through playing shows and touring, our sound and style has grown into something new and entirely its own. Our new songs, especially, have been crafted with a new synergy. At some point we decided to stop referring to this new sound as simply “Ashley Storrow & Putnam Smith,” and we became The Early Risers.